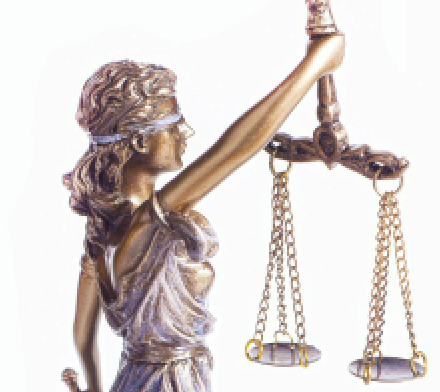 Originally from Lynchburg, Virginia, Keeshea Turner Roberts graduated in 1996 from Hollins University (formerly Hollins College), a women’s college located in Roanoke, Virginia. Prior to law school, Keeshea worked as a family/child caseworker and court advocate at the YWCA-Domestic Violence Prevention Program (DVPP) in Lynchburg, Virginia. DVPP’s mission is to provide support for domestic violence victims and work towards the reduction and elimination of family violence. It was this experience that compelled Keeshea to go to law school. She attended the Catholic University of America, Columbus School of Law (CUA-CLS) graduating in 2002 with a Juris Doctor and a certificate in Public Policy. During law school, Keeshea interned in a variety of legal settings including the American Civil Liberties Union for the National Capital Area, United States Department of Justice, Legal Services for Northern Virginia, and the Public Defender’s Office for the City of Alexandria. In addition to interning, Keeshea was very active in the law school community. She was a member of the Honor Court and Thurgood Justice American Inn of Court. Keeshea received several awards while attending CUA-CLS including the First Lap and Extra Mile Awards.

Following law school, Keeshea worked in various legal settings including clerking for four judges on the DC Superior Court and litigating family and public benefits cases on behalf of indigent DC residents at Neighborhood Legal Services Program (NLSP). While at NLSP, Keeshea rose through the ranks from temporary staff attorney to managing attorney for a neighborhood office. She was a sought-after family law and practice expert and was a frequent instructor and guest lecturer at area law schools and other DC Bar related programs. In 2017, Keeshea successfully graduated from the DC Bar’s John Payton Leadership Academy. This academy provides DC Bar members with an intensive training program to develop and sharpen the necessary skills to be successful leaders of the Bar and throughout their careers.

In 2017, Keeshea also ventured into academia. She began the journey by working at Rising for Justice (formerly DC Law Students in Court) as a supervising attorney in the Criminal and later the Housing Advocacy and Litigation Clinics. Since 1969, Rising for Justice’s (RFJ) mission has been to leverage the collective forces of students from American University’s Washington College of Law, Georgetown University Law School, George Washington School of Law, Catholic University’s Columbus School of Law, and UDC’s David A. Clark School of Law and experienced advocates to achieve justice for all. At RFJ, Keeshea taught students housing and criminal law practice areas as well as supervised the litigation of cases at DC Superior Court. In addition to her duties as a supervising attorney, Keeshea also was the co-director of the Civil Protection Order Project (CPOP). CPOP was the brainchild of Moses Cook, the former Executive Director of RFJ and Keeshea. CPOP is the first program of its kind that provides litigation and mediation services for respondents (also called “defendants” in most jurisdictions) in domestic violence cases.

Currently, Keeshea is an adjunct clinical law professor/supervising attorney at Howard University School of Law’s Fair Housing Clinic (FHC). FHC is a year-long clinic that exposes second and third-year law students to housing topics such as discrimination and eviction defense. Students take the attorney roles of counseling, negotiating and in some cases litigating on behalf of their clients. Keeshea’s legal scholarship centers on access to justice, clinical pedagogy, and implicit biases and client advocacy.

Describe a day in the life of an adjunct clinical law professor/supervising attorney.

No two days are the same. I meet with my students to review cases or discuss next steps that need to be done to further their advocacy. I develop and refine lesson plans for our weekly class – this includes assigning readings and developing exercises that will illustrate legal concepts discussed during class. I assign housing cases to students who will investigate possible legal matters for possible litigation. Recently, my students, co-professor, and I were interviewed by a journalist who’s developing a podcast that focuses on children and homelessness in the District of Columbia. My students are involved in a wide variety of advocacy from litigation to testifying before the DC Council.

What initially attracted you to this field?

As I stated above, I was initially attracted to the legal field because of my experiences working with battered women and children at the YWCA-Domestic Violence Prevention Program. I had numerous opportunities to attend court as part of my job as a court advocate. During these interactions, I met government and defense attorneys who discussed their experiences at law school and as practitioners before the court. Because of my conversations with practitioners and my observations of court, I decided to apply to law school.

Additionally, I was encouraged to apply to the Pre-Law Summer Institute of the Council on Legal Education Opportunity (CLEO) which was located at the University of Missouri at Kansas City School of Law (UMKC) at that time. Founded in 1968, CLEO is a national organization whose goal was to expand opportunities for minority and low-income students to attend law school. At UMKC, I was introduced to the first-year law student experience. I felt that this experience prepared me for what to expect so I could hit the ground running when officially admitted into law school.

What are some of the rewards and downsides of this area of law and the legal profession?

· I have the opportunity to develop and nurture future lawyers.

· I love it when my students learn from their successes and failures. I believe that it is through this process they become better advocates for their clients.

· I love it when we get a good result that benefits not only the client but the community as a whole.

· The law is a very jealous mistress. Practicing law can and will take a physical and mental toll on lawyers.

Keeshea is happy to answer questions and is reachable by email at keeshea.turnerrober@howard.edu.