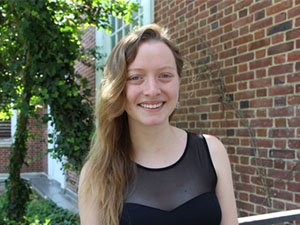 When we were at rent court on Thursday for our weekly triage, we talked to a woman who was being overcharged on her rent, and whose landlord was trying to get her to pay the money that was outstanding on her balance. After talking with her, and discovering that her landlord was a management company we saw all too often as somebody who exploits their low-income tenants, I realized how the work of the Public Justice Center tries to achieve systemic change. Much of my internship has consisted of going to rent court, and listening to people’s stories about how their landlord is making it difficult to affordably and safely live in their homes. But this week, I got a sense for how PJC has bigger goals, and intentionally seeks out people who may be able to make a case that can take down a whole system that continuously exploits renters.

When this woman went to the stand to defend herself, the judge barely gave her a chance. After about a 90-second trial, the judgment was in favor of the landlord, and the judge declared that the woman legally owed the money to the landlord. The attorney with whom I work couldn’t believe that the judge could just ignore the blatant overcharging that was evident on the tenant’s rent ledger. After the trial, we were all shocked, but it gave me a chance to see how we could help her, and many others like her, protect themselves against a company that repeatedly sues renters for more than just rent. I am excited to see where this case will take us and how we can strive to change a broken system. 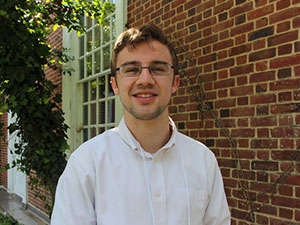 I am consistently impressed by my office’s attorneys’ willingness to go above and beyond for clients. I have seen each of them work hard to craft re-entry plans, convince judges and prosecutors of the merits of reducing sentences, and keep in contact with each client. They have provided me a model by which I want to work as an attorney, in that I intend to be client focused no matter what position I occupy. I want to have a hand in these individuals’ plans to successfully re-enter into society, and the Office of the Public Defender has demonstrated exactly how involved an attorney can be. I enjoy my internship because I wanted to use it to parse through what my role in the criminal justice system would or should be. I wanted to see how prosecutors, judges, defenders and their support staff interact, so that I might learn where best I fit. I have learned that regardless of the role I choose, I can make a positive impact through client-focused work. That is the model I intend to promote as an attorney, that each individual deserves care and attention to make sure crime is prevented and formerly incarcerated individuals can return home successfully. In my last two weeks, I cannot imagine I will discover into which position in the criminal justice system I would fit, and do not think I want to. I would like to leave with a continuing sense of perspective, directing all of my efforts toward justice practices that are restorative. 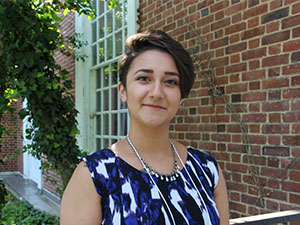 Two weeks. It’s kind of insane that we’ve made it so far and gone so long in our placements. A lot of friends I have talk about their 2-week internships, their minute internships as I like to call them. They call them impactful and meaningful, which I’m sure they are, but it’s hard to feel that same way even though I’ll be here 4 times that length. What will I get out of it? What will become of me? What will become of this organization and the relationships I’ve built here? Will I continue as a volunteer? Can I do that? These last two weeks will be interesting I’m sure. But sad as well. I feel like I’ve done some pretty cool things, learned some things about myself, and gotten a better picture of what I want in life.

But this is about my last 2 weeks. My last and final two weeks at my placement. How will I make the most of them? It’s a difficult question because it’s only 2 weeks. And I’m not really sure what will happen. I imagine it will be hectic with caseloads and writing and Photoshop like it has been. I think that we’re in a stable state now and that’s okay. After all of the long days and nights of no rest, I think we deserve this. I think it was important to be thrown into this being given more than I can handle, feeling overwhelmed at times. It was important because it taught me that I thrive in high-energy environments, that I push myself to work far more than I should- it’s thrilling. It’s important because I learned about self-care, whether or not I actually followed through. So I guess to answer my question about making the most of it in these last 2 weeks is to continue like I have been because putting too much pressure at the end is unnecessary. I’m not going to change the world, nor should I hope to. I’m here because I wanted to know more about Baltimore and its people. I’m here to help make their jobs easier, one organized filing cabinet at a time. I’m here to learn discipline and friendship and I think I’ve done a pretty good job at that. 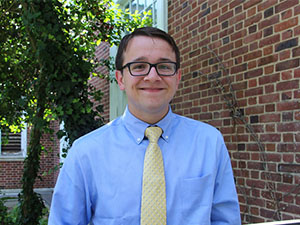 This week I encountered a physical manifestation of recidivism. The beginning of the week saw my supervisor launch a concerted effort to become more organized and efficient. In doing so we were asked to help him go through all of his files, organize, catalogue, and follow up on any loose ends. This eventually led me to the discovery of seven files with white pieces of paper stapled to the front; these were files that might be eligible for sealing or expungement in the future. For those who are unaware, as I was up until about two weeks ago, sealing means that the details of a case cannot be divulged to anyone without the express order of the court. This is helpful for removing the stain of a criminal record for the purposes of a job application, or college application, but ultimately the file still exists, and can still be used against someone if they apply for a job in government, the military or law enforcement in the future. Expungement means all record of a juvenile case is completely erased. For all intents and purposes, the case never happened. The only record of it exists in the minds of the victim and respondent.

I spent the better part of Friday afternoon doing intensive research on these cases, and cross referencing with the statutory requirements for sealing and expungement. At the start of my search, 5 of the files had been marked as possible to be expunged by a previous researcher more than a year ago. But as I paged through these manila folders and looked up whether these cases were still eligible for expungement, I became less excited. Case by case, these clients had picked up adult charges, including one client who was currently serving time in BCDC. In the end, only two files remained eligible for expungement. The rest were sent back into the dusty, lonely records room, a sad parallel to the fate of the people described within, currently locked away themselves. This exercise was an illustration of recidivism, and an illustration of some of the failings of the juvenile court system. The juvenile justice system is wholly focused on rehabilitative measures, attempting to correct whatever habits or behaviors led to the delinquency of a juvenile. But these files show that this system does not always work, and in this case it worked less than half of the time. Now I am fully aware that a sample size of seven is not necessarily indicative of the larger trend, that anecdotal evidence is no substitute for real statistics and facts; but to me this exercise showed me more than numbers could.