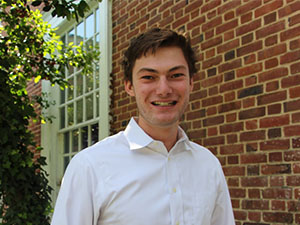 How do you fire someone?
These are words I wished I had typed into Google or asked people at my organization before I stepped into a meeting that I arranged last week. A high-school student working at a lab on the medical campus had been chronically late, inconsistent with attendance and was bored at his worksite. [To protect his anonymity, the student’s name has been replaced with Jason].
Jason had perfect attendance the first week. He arrived early and was curious about his work and was diligent. The lab spoke highly of him and was looking into taking him on during the year. However, once he figured out that he would be doing mostly organizational work for the lab, his performance slipped. Jason took long lunch breaks, skipped days without telling his employer and came up with new excuses every day. Despite several conversations between Jason and his supervisor about meeting basic chronological work expectations and being engaged, his attendance and attention issues persisted. Over the course of two weeks, I worked with an assistant in his lab to come up with other projects he might be able to work on that would be more interesting. After learning that Jason was in summer school as well, we worked with him to set up a shortened schedule so that the day would not be so long. Jason agreed to all of this. When I heard that the latest effort had fallen through and that he had yet again texted saying he would not be there, I was concerned. When I found out he was at the placement’s cafeteria hanging out with friends, I knew that that was the final straw. To continue to accommodate and try to be flexible would not serve Jason well in the long run. My blog last week detailed how being too lenient can set unrealistic expectations for students for their future jobs. In most jobs, if you do not show up for two days, you will be fired. If you are late more than a few times, you will be fired. If you stop doing the work because you find it boring, you will be fired. Despite his placement being an internship, he had exhausted our exceptions. Firing him would serve as a lesson, or so I thought.
I walked into an office of a lab on the top floor of a Med Campus Building followed by the PI, the lab assistant, Jason and Jason’s volunteer. We all sat down in what cannot have been more than a 10x10ft office and everyone looked at me. It was in this split second that I realized I had absolutely zero clue what I was doing. I had mentally prepared what I wanted to say beforehand, but seeing Jason sitting across from me in a chair, head down and looking and texting in his lap stunned me.
Here was a fifteen year old student who had failed all of his classes and had lost both his parents. He faced food insecurity and relied on the city sponsored bus pass to get to work. From what I could tell, he needed this job and moreover, he had demonstrated that he could do it very well during the first week. The lab was ready to train and “open new doors” into different careers. They were all hands on deck. And yet, for one reason or another Jason did not see it that way. I felt utterly ill-equipped understand where he was coming from. Did we (my organization) set him up to fail? But then how do you explain why he did the job so perfectly the first week?
I went through explaining why the placement was not working, how we had been lenient and had had these conversations before, how he was not meeting the bare workplace expectations, and how the lab had gone out of their way to devote time and energy to accommodating him and training him. Jason did not say a word. I did not want to use the words “fired” so I settled on “you will not be able to return to work here.” The PI chipped in for a bit, asked him to put away his phone a few times when he pulled it out as she was talking, and then I told him he could pick up his paycheck at the next Professional Development session. What proceeded then was one of the most uncomfortable silences in my life.
For what felt like 30 seconds, we all sat there with no one really knowing what to do. It was clear that the conversation was over, but no one made any moves. Realizing that no one was going to say anything, I asked Jason if he brought any bags and if he could go get them with his volunteer. They did, and that was that.
I am still processing this entire experience even though it happened about a week ago. Who messed up? Did we fail Jason? Even if it can be boiled down to Jason’s being 15 and thinking it is okay to arrive late and not do work you do not like, how can that be Jason’s fault given his upbringing and what he has gone through? At what point does responsibility get assigned to the individual for lack of initiative and at what point does it get attributed to the circumstances? Does it really matter whose responsibility it is? What’s next for Jason? 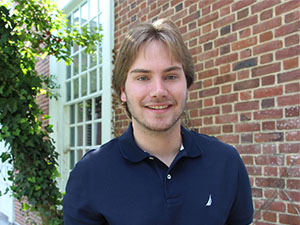