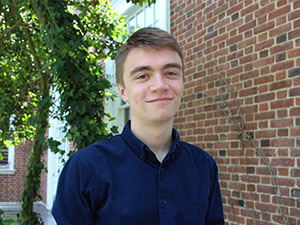 The man sitting on the stoop is Tony, an avenue character who I’ve done my best to think of as an ally over this past few weeks. When he’s sober, he’s high maintenance, but when he’s drunk, he’s temperamental.

The youth worker gives me a searching glance and I nod in assurance; Yes, we are going to interview everyone we meet today, including this guy.

“Excuse me Sir, my name is Travon and I’m with Jubilee Arts down the street” says the youth worker, stumbling through the canvassing script he’s rehearsed for the past two hours. After rehashing the script with fluid confidence just minutes earlier, Travon now delivers his lines with an uneven cadence, as if he’s walking on a giant jigsaw puzzle that’s coming apart as he takes each step. It’s interesting to see the youth workers reflecting some of the same discomfort that I experienced earlier during my first week on the job.

Travon collects himself and bleats: “I’m wondering, what inspires you?” — preemptively delivering one of the final canvassing questions. He’s trying to clean the fish before he’s even caught it.

I step forward and chime in to provide backup: “We’re out here asking members of the community what they’d like to see on the murals we’ll be painting this summer. Do you have anything in mind, Tony?”

Tony’s yellow, bloodshot eyes search upward to meet mine. “I told you already, I don’t really care …” he answers before punctuating his indifference with a request for “naked people.”

Tony then returned his attention to the quart or so of amber liquid he’d been sipping from a plastic water bottle.

My relationship with Tony has been frustrating to say the least. Last week, he was helping me get contracts signed and singing praises about the mural program, but he’s been different this week. I couldn’t explain why.

Community canvassing didn’t start on the best note, but after some trial and error the young people and I found a few people who were willing to talk to us more constructively.

“What inspires you the most about your neighborhood, what do you want the rest of the world to know about Upton?” asked Travon, audibly more confident after having talked to five or six people.

“Maybe the history, maybe like what this neighborhood used to be like and how some of that still comes through today. Y’all should paint something colorful and positive, anything really, just not no Freddie Gray.”

After a dozen or so interviews, the Youth Works kids and I started hearing the same set of answers repeated: voices asking for a mural depicting positivity, history, faith, and neighborly resilience. We aggrandized and agglomerated these voices into a common voice of the Upton community to guide our hands as we design the mural.

As the mural design came together over the course of the week, I became palpably more excited. Having worked intensely on the logistical side of the project for a few weeks, it’s been really rewarding to see a creative and community-oriented project come together around that work.

But there’s no place for ego here; while I’m proud of the place I’ve had in the project thus far, the design process has been one of close collaboration and reconciliation of diverse ideas. Ignacio, the mural artist, strives to derive his design for the mural holistically, working in input from community interviews, the youth workers, and his two fabulous interns. Thus, at the end of the summer, I’ll be able to point to specific design elements that I suggested this week that made their way into the mural, but I’ll be moreso honored to see them integrated with the input of others.

Ultimately, the nature of the project itself embodies the message that we want the mural to convey: it takes more than an individual to transform a city block. 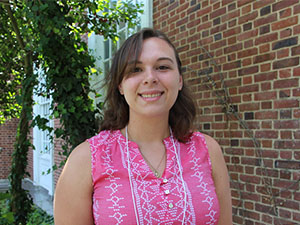 Youth filmmakers crowded the room. Some stood between lights, atop of desks, and one even nestled between the legs of a tripod. The blinds were drawn and a black curtain blocked out the doorway. Cameras and lights encircled a T made of black tape on the floor, marking where the next student would stand. Thursday we reviewed and practiced lighting techniques with the youth workers during their first week on the job,
“Cameras capture light, all you see is light on the screen. Without the right light you don’t capture the right image” David, one of the instructors, explains before we dive into video tutorials and examples of three point lighting. We worked to create and keep the axis of action in line, ensuring viewers wouldn’t become disoriented by the different camera angles we hoped to capture.
This group of ten students are people with whom I will be working for throughout the summer and I’m excited for it. They are all talented and already have a background with Wide Angle. They are already creating impressive projects and asking questions I’m not always sure how to answer. Working with them will keep me on my toes and show me other creative ways to edit a piece.