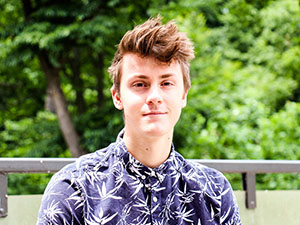 For someone working outdoors all summer, I ended up spending very little time outside this week. After my weekend I worked from home, doing some design work and making a draft of a logo for Batlimore Outdoor Recreation. The next day it poured, so all of our trips were cancelled. I spent the time getting started on designing an annual report infographic. It’s pretty exciting to do some legitimate design work.
The day after, when the rain had stopped and the Patapsco had a chance to clear out all of the runoff, we started up programs again. During our Canoe and Scoop trash pickup, a man found a sealed bottle with two dollars in it. He let us keep it to give to our boss as a momento. I stuck around that night for our sunset open row. This was mostly competent paddlers, so the staff were all taking different groups to different areas instead of keeping everyone together in a clump. The sunset was gorgeous and the weather was ideal, and since nobody was panicked about being in a kayak for the first time, we were able to paddle around some areas around Middle Branch that I hadn’t gotten the chance to explore yet!
Other than that my luck with transportation has drastically improved. Besides a minor incident in which someone’s lunch made a reappearance on my shoes, taking the bus has been smooth sailing compared to biking. I did the math and taking the MTA will also be less expensive if I had continued to pop inner tubes as frequently as I did, so overall it’s a win-win. I do miss the flexibility of being able to leave later in the morning at the cost of biking faster, though! 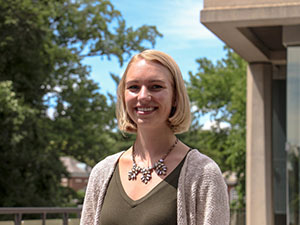 This summer I’ve learned a lot about farming. I now know that potato greens are poisonous, that squash should be planted 18 inches apart while peppers should be spaced at 9, and how to prune tomatoes like a garden shear-wielding sculptor. And I’ve learned things about myself: for example, that I like being able to not care at all about how I look or how dirty I am. I like being outside all day with birdsong as background music and a picnic table for an office. Much more than I expected, I like that farming is relatively simple work and leaves my heart untroubled by worry. On most days I’m basically just a pair of hands and an able body, showing up to do the concrete tasks that need to be done each day.
That simplicity is a nice contrast to working on the grant application for the farm’s after school program, which can often be frustrating if it feels like we aren’t making progress… which is a frequent occurrence. The whole process has driven home the understanding that Baltimore nonprofits are launched on the strength of personal relationships and sustained by a haphazard patchwork of funds. Coming from an institution like Hopkins, where there’s an office overseeing every activity and a resource to fill every need, it’s a shock to realize that for many nonprofits, that institutional support is nonexistent. For instance, Boone Street Farm works with the city’s Department of Public Works to obtain access to the utilities at our various sites. We need them to turn on the water at our Boone Street site, because the only source we currently have to water our crops is a fire hydrant at the end of the block. (If you’ve never used a fire hose, its water pressure is so high that you have to aim it up into the air and let it fall down like rain, because any plants you sprayed directly would be immediately shredded and that’s not an ideal way to water your garden.) Thankfully, the city promised to turn on the water – in 2010. Maybe I’m just a naïve intern, but that doesn’t seem like a task that should take seven years to complete.
Such logistical headaches are endless and seemingly intractable, and for me personally are often compounded by the existential dread of being a soon-to-be college graduate wondering how I’ll use these skills in my career. At a time in my life when I’m unprepared to face the prospect of entering ‘the real world’, I’m lucky to have the luxury of escaping into the blissful ignorance of manual labor in the guise of a nonprofit internship. This summer, I’ve learned that the simplicity and joy of farm life feels like escapism, and I’ve learned that I like that a lot. 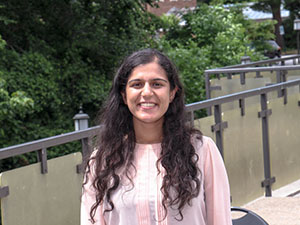 This week was pretty short, since patients and providers did not come in during the fourth of July weekend. The three-day week was pretty eventful in other aspects though.
The clinic just finished up a class a couple weeks ago about Living well and managing weight for people with pre-diabetes. This was an intensive workshop that the patients went through and many of them had inspiring stories and triumphs over their weight and A1C (which is a test that indicates diabetes by testing the percent of hemoglobin that is bound to glucose). About 80% of the patients ended up losing weight over the 16-week workshop. One patient said:
“I got a divorce” said Mrs. F, a smiling older woman.
“Really?” I asked, genuinely concerned if she was doing OK after her divorce.
“Yeah! From Mr. Sugar! He’s been horrible to me for so many years! Now I’ve lost over 7 pounds without his abuse!”
The entire workshop laughed at her joke. But with the tools they gained from the workshop, many of them had done the same. They learned to create “healthier” sweets and more plant-based dishes to cut out excess sugar and result in weight loss. These stories remind me about how patients need the tools they need to succeed in conquering a disease. Medication alone, without education, is fruitless. This patient comes in for weekly yoga and she tells me that every week, this class and the support group it gave her has been helping her.
All in all, I’ve really gotten the hang of the clinic and know exactly what I need to do when I come in for the day. However, this has made me complacent in what has been happening around me instead of proactive. I’m challenging myself to keep working towards my intern goals and try to put myself in more weird and uncomfortable situations so I can learn more and help the patients that we serve at the clinic.