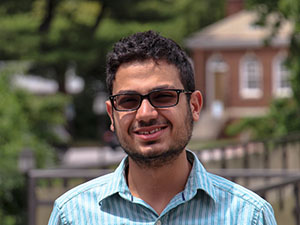 Despair or falling in love?

Waking up at 8:00 a.m. to catch an 8:30 a.m. public bus just so I can walk four blocks in the smoldering temperatures of a Baltimore summer heat wave sounds like hell.

Yet, at the expense of sounding like a hopeless romantic, it has become one of my favorite journeys because of the passionate, driven, hilarious, kind (and I can’t forget extremely competitive!) co-workers and friends on the other side.

Translating the events that transpired this week is an impossible task. Trying to recount the way Jen hurled her body from the conference room chair to the floor in a game of Head’s Up; trying to describe the unflinching and unrelenting focus in Mark’s eyes as he vowed for victory in Anomia; trying to recount the stories that Colby, Lauren, and Laura (as well as the honorary guests Mad and Sam) shared is impossible.

And trying to remember each detail, all the conversations and jokes and laughter, is impossible.

But, what is undeniable is the result of this week; feeling like I have a FreeState family. 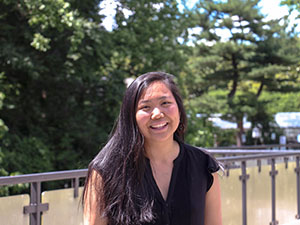 I am resonating with all the love I’ve felt in, from, and with this city in the time I’ve spent here. Seeing so many makers come together on Thursday was a true reflection of the communities that are built around shared experiences and analogous drives within creative minds to make something significant. Something so simple as a statement written in white across this black tote bag encapsulated it well: “We Make Baltimore.”

We put together all the details that made for a good night in Baltimore: free Taharka Bros ice cream, frozen sorbet, barbeque and collard greens, and good music. We kicked off the night with probably what was one of the most energetic — literally — things that I’ve ever seen: a performance from a drum troupe called “Kinetic Phonetic.” Two makers/artists, McCormick & Figg, in Baltimore found a way to create djembi drums that light up when you hit them: 3D-printed plastic bases with the cover stretched over, energy-harvesting LED lights fitted so that with small touch of physical force, the drum lights up to the beat. With more energy in one performance than I’ve ever seen, I saw the glow of the seven drums in the space reflecting back in mesmerized eyes, with people tapping along, adding in their own sounds with vocal cheering and yelps.

So, this week I celebrated, along with many others, the people that make this city. Of course, nowhere near all the people who do make this city were in or represented in that space, but in a real way, we had some small appreciations of the contributions of those who were there laced into the joy of the night, starting off Artscape weekend to one of celebrations and joy. 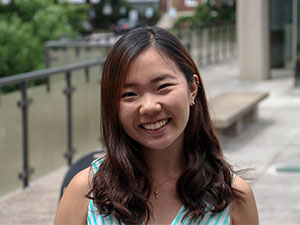 I watched a Ted Talk this past week where author Pico Iyer said these words in his exploration of what makes a place home. I’ve thought about this a lot, having been born in Korea and lived in five cities. Only two years ago did I become an American citizen, shedding my allegiance to a country I never felt strong ties to.

Growing up, it didn’t feel fully like either Korean or American culture were home. But if Pico Iyer’s definition is right and home is the place where you become yourself, neither the glistening metropolis that is Seoul, South Korea nor the small city in Pennsylvania where I spent most of my childhood are home. My home is Baltimore.

As this summer rapidly comes to a close, the time I’ve spent in Baltimore as a part of CIIP has been nothing short of transformative. Everything that I’ve learned and experienced during orientation week of CIIP, our Bites of Baltimore sessions, and during my internship has colored how I’ve been looking at the world this summer.

Prior to college, I totally went throughout life just happy to not think about race or class or identity. I didn’t want to think about my own identity — that meant acknowledging I wasn’t white. I think deep down, I felt that not being white was a bad thing. But now because of CIIP, I think about identity literally every day.

There’s this thing I’ve learned about recently called racial triangulation theory. It asserts that Asian Americans are in a racial limbo where they are perceived as better than black people, but not as good as white people. It also says that we have often gotten ahead by pushing down black people in order to reach the status of “real Americans.”

I think it’s eerie how true this is. It’s why there’s an Asian guy hanging out with the white people in Get Out. Looking back at history, it’s there in how Asian people tried to legally identify as white in order to get American citizenship, or in how some Asian people owned black slaves.

Weird, right? Being not-white in America is a uniting experience in and of its own, but even people of color step on each other to get to the top. So in order to answer a question I asked myself previously of where I fit into Baltimore as an Asian American, I think the answer is multifaceted.

I cannot be civically disengaged or complacent about what’s happening in this city. I have to be right there in the Black Lives Matter movement. I have to remember to embrace my own unique difference, rather than my “model minority” status to ignore race and get closer to the top. I have to remember I’m a person of color, and be an ally to other people of color.

As I’ve been reflecting on my identity, I joined a Facebook group this summer called BARS (Baltimore Asian Resistance in Solidarity). It’s shown me that there’s a huge AAPI activism scene in this city and has validated what I’m feeling.

In other words: thank you Baltimore, for being a place where I have become myself this summer. I’ve conquered your public transit system when I always considered myself hopeless at navigating. I’ve found places for reflection and hope in your bookstores, your coffee shops, your neighborhoods. I have learned from your people and your history, and will continue to do so. Thank you for being a home. 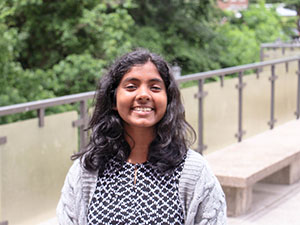 Week 6 is the burnout week – or so I was warned by my supervisor, Jon. He looked at me with some concern on Monday, seeming surprised and perhaps unconvinced by my cheerful exterior. “Are you sure that you’re doing okay? How are you feeling?”

I promise that I hadn’t been lying when I said it. But of course, I had spoken too soon. By the end of the week, I had eaten my feelings on three separate occasions, received bad news twice, been threatened by one of my YouthWorkers once, cried in front of the others twice, and suffered such a spectacular breakdown after work on Friday that I ended up sleeping in a small puddle of my own tears.

Yeah, it’s been that kind of week.

I didn’t anticipate the emotional explosion that occurred on Friday, but it had been brewing for a while. There are some people who are experts in keeping their work lives and their personal lives separate. For me, work has always been deeply personal. The kind of work that I love doing is the kind of work that is all-consuming in its import and its impact, the kind of work that exhausts you and drives you simultaneously. Work-life balance is a concept that is almost comedic, that’s how far removed it is from my life. So really, it should surprise absolutely no one when issues in my personal life and issues at work culminated in a sobbing, hyperventilating mess of a Friday.

As previously alluded to, I received some bad news earlier in the week. I tried my best to keep it from changing my behavior at work, and for the most part, I succeeded. I used my lunch breaks as time to brood if I needed it. I kept up my usual cheerful spirit, and I showered the kids with the affection as always. Friday was the 18th birthday of one of my YouthWorkers, so we celebrated with some cake. It was fun and pleasant. But for some reason, we had all rolled out of the wrong side of the bed, myself especially. The complaints from my YouthWorkers were never-ending, which was typical. What was not typical was the fact that my patience, which was usually just as eternal as the complaining, was wearing thin.

I was so close to managing to get through the day, but then I hit my breaking point. When I got back from lunch, two of my YouthWorkers were gone. They had left early without notifying me, thinking nothing of their behavior. A flood of emotions washed over me – am I really that much of a pushover? Do they really think they can get away with anything? How could they do something so spectacularly unprofessional? Do they think that they’re entitled to leave early and do whatever they want to do? Have I failed them as a supervisor?

When I confronted the situation, it escalated to the point of one of my youth threatening to get me fired. So I cried, still at work, still supervising my other YouthWorkers. I cried A LOT. And I’m not a cute crier, either (not that I think anyone really is).

But the silver lining shone through, as it always does. The YouthWorker who threatened me apologized profusely once the situation deescalated. My other YouthWorkers comforted me – one even bought me candy, which I have been enjoying immensely. And I have learned, painfully, embarrassingly, for the millionth time in my life, that I can’t take these sorts of things personally. I can always do better, and I will. But it isn’t healthy to feel personally responsible for every mistake that has ever been made. Not everything is always my fault. And taking things so personally and so seriously all of the time will only make me worse at my job, which is the last thing I want.

As deeply as I care about every aspect of everything I do, I can afford to take a step back, especially when I am dealing with other issues. Sometimes, I forget that no matter how important the work I am doing is, I also have the right to be a person – a real person, with real feelings and real needs and real problems.

So even though this week was a little rough, I feel stronger and wiser at the end of it. And honestly, even though growing is painful, precious little in the world feels better.