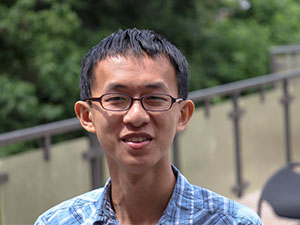 What do you do when you have to arbitrate between two people who disagree vehemently?

My group personally interviewed over 30 community members in an effort to design a mural that reflected the wishes of the community. The two most interesting responses came from two schoolteachers who disagreed rather strongly.

One teacher had lived in the community for over 30 years, and had absolutely nothing good to say about it. He complained to us constantly about the “gangs of kids” he saw roving up and down the streets and how he couldn’t sit on the porch without being bothered by the smell of weed or the noise of gangsters. We asked him “what inspires you to keep doing what you do” and he proceeded to rant even more strongly. Only after we asked him that question twice did he finally respond “God.”

The other teacher had lived in the community for over 10 years and had a far more balanced viewpoint. She highlighted that unlike a lot of other supposedly diverse communities, here she saw a lot of interclass, interracial communication. She talked about how the teenagers in her community inspired her to keep teaching and how she loved places like the community library. However, she also pointed out the dangers of murals and how they may contribute to gentrification.

How do we design a mural that crosses between two such drastically different viewpoints? I had heard both horror stories and inspiring stories from other groups as well, so both perspectives must be taken into account. On top of that, our lead artist and property owner had certain ideas about what should go on the mural, not to mention the ten youth artist apprentices.

However, there is much that unites us. What the first schoolteacher complained about is a problem that is fixable. Much of those youth lack mentors and job opportunities. The mural program is part of Youthworks, a potential solution, and yet over 7000 youth are on the waitlist for this program. It’s not only a question of resolving conflict within diverse neighborhoods, but also a question of engagement. Are we engaged with each other as we work out our differences, or do we just complain about each other? The youth clearly want to be engaged, but are the businesses that create those jobs engaged? 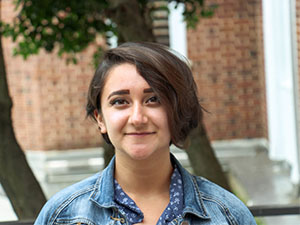 “… But I don’t know how to read.” This was one of our family member’s response when I asked if he’d looked through all of the cool books we had at the center. This response, where I could hear the tremor in his voice and almost shame, made me take a step back.

I knew the facts. 3 out of 5 people in prison can’t read. 50% of American young adults (aged 16 to 21) are considered functionally illiterate. Illiteracy costs American $20 billion a year. I knew these things in the grander scheme of things. My own father never graduated elementary school and the extent of his reading comes from reading simple sentences or analyzing pictures in books. I know what that’s like. But it just hit me so hard because it made it real to me. I was ashamed of myself. While being someone who wholeheartedly believed in education and the need to revolutionize it for our society – someone who wants to be a teacher and is always encouraging friends and family to “read more”- I could also “forget” or really “neglect” the realities of illiteracy in this world. I, by neglecting this reality, was perpetuating the very same injustices done to these people by failing to include it in my everyday activism and by failing to acknowledge it as a difficulty or challenge as a consequence.

Moreover, the issues I was grappling with in my mind was how to engage with a person who has been neglected in such an essential way without pity and shame coming into the equation. I think that’s something that’s important for me to think about, and in all honesty, it’s not something that’s easy especially when you’re trying to do it in a non-self-centered way because in this equation I’m in the periphery- that’s where I’m supposed to be. It’s not about my feelings but it is about my thoughts and what I can do to amend this horrendous system that has people living this way. Last week, I actually went to a talk given by Black vegan sisters Aph and Syl Ko who spoke on their book Aphro-ism: Essays on Pop Culture, Feminism, and Black Veganism from Two Sisters to talk on the subjects of animality, futuristic activism, and blackness. You can probably notice how their work has influenced me in just a week. I’d been thinking a lot about how we treat each other (humans and non-human animals) alike in the way where speciesism has allowed for racism (and other discriminatory crimes) to come about and remain with us for centuries. It’s got me thinking about how I perform activism and my daily life as a person- tackling the symptoms and not really the root causes of injustices. It’s gotten me thinking about the true meaning of what “diversity” and “intersectionality” really mean- and not just in the ways we’ve been told. It’s almost as if these words are just so easy to say they’ve lost their meaning and become something else. We’re always looking to “diversify” spaces but what it does is tokenize certain groups while neglecting their actual thoughts and feelings in the spaces we’re trying to diversity.

But anyways, I’ve had this in mind while thinking about adult literacy. And now, the entire week I’ve been helping him with everything (definitely not in my job description) from working on his Facebook to applying for jobs to looking at Baltimore Ravens jerseys. “R-A-V-E-N-S,” he spelled out to me. “Yes,” I said, and I could not have more faith in the goodness and hope in people. After all, without hope, we really do have nothing to keep us moving. 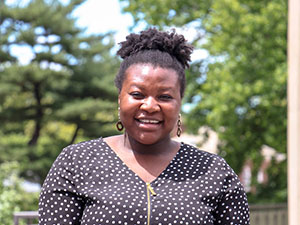 This week we started the summer gifted and talented music program and things are off to a great start.
This is the first time in a while that the center has had a music program so this summer is really building the foundation for the future programs.

The students are split up into two different concentrations, voice and piano, with some alternating between the two. They have master classes where they are able to have a workshop with different artists. This week Janice Chandler-Eteme, an amazing soprano will be coming in and in the future we will have MAYSA a grammy-nominated artist coming in as well. Each week the kids also go out on cultural excursions, which I have planned, and are able to increase their knowledge of the city and of different artists.

Although there is a smaller number of students than initially anticipated, we have a good group and will most likely have a few more students joining us this week.
At the center we are also working on an exhibit that will be called Urban Express II. In this exhibit we will be comparing Baltimore’s 1968 riots to the 2015 uprising. In order to do this we will be using photographs taken by people who were around during those times. We will also have a panel of people who were around during the 68 riots and the 2015 uprising. Another part of the exhibit will incorporate music and will compare protest songs in 68 to those in 2015.

I think this exhibit will be so amazing and I can’t wait for it to come to life. Although the exhibit won’t take place until sometime in September when I will no longer be working here, I’m glad I’ll be able to help out and I will definitely come back for the exhibit.