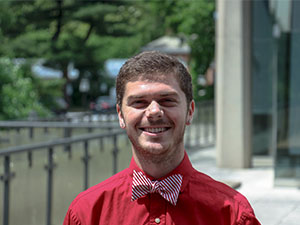 At some point in middle school, wrapped up in the societal influences that stem from the idea of masculinity, I decided I would probably never cry again. It seems like a weird decision now, but you have to keep in mind that thirteen-year-old me was way too cool to show emotions; plus I was lucky enough to have nothing too traumatizing going on in my life to really test how well I could hold it together.

Fast forward a few years to college—I don’t what changed, probably just me really realizing who I am and what I value, or maybe it was moving across the country and suddenly taking immense pride in the family that raised me and the town I grew up in. Regardless, some internal switch flipped at some point last year that pretty much just permanently opened my tear ducts.

I don’t mean I’m bawling my eyes out every day, I just mean that there is no way I’m not going to tear up literally every time I watch a Facebook video of a soldier’s homecoming or an abused dog that was brought back to health or when I read the notes my older siblings wrote to me when I first started college reminding me to remember what I come from (honestly, the notes are probably what knocked the rust off of my tear ducts).
Anyways, when I found out I’d be attending a Survivors of Loss group at YO earlier this week, I knew it was going to be emotional. It was. Everybody cried. I don’t need to write about the details.

I told my friend about it later that day, and he pointed out how strange it was that people are just crying at my work. Maybe it is, but I think there’s something wonderful about crying. The vulnerability it allows really shows you a person at their core. I’m glad that I cry now, even if it is too often, and I really think it’s awesome that I’m at a site that creates that bond between people. The relationships at YO are really what drive the organization, and I’m very thankful to be a part of it. 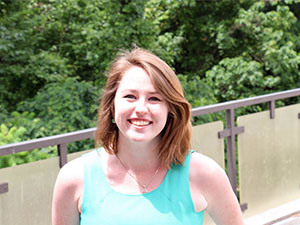 This was the week YouthWorks started. Among a number of other projects given to me this summer, managing our five YouthWorkers for this session (and then another 5 during the next) was high on my list of priorities. But if I’m being entirely honest, the idea of being in charge of five other students just a few years younger than me was wildly intimidating — especially when I was expected to run through rules, expectations, and procedures, and then be completely in charge of them while Mr. Manko was out for three days.

Beyond that, I had the absolute pleasure of attempting to understand the Baltimore City government’s pages and pages of documents needed to make sure the program was successful for my students. Yet once I felt like I had finally understood the gist of the paperwork, and had even prepared individual binders for the students with their own pages of information, none of that mattered.

Two students showed up on the first day, and six on the next. One girl called on Monday saying she couldn’t come in that day because she had just been emailed her placement at 7:50 that morning and had no way of getting to Liberty on such late notice. I had timesheets — absolutely necessary for the students to get paid — for only two of my workers, yet somehow had three for the students I wouldn’t be seeing for another 5 weeks. While we were only supposed to have five, all six students had paperwork showing they belonged in the first session. Not only that, but I was technically obligated to send them home if I didn’t have their timesheets because the city couldn’t pay them. I decided it was ridiculous that the students would lose out on $50 when it was the city’s fault for not getting me the proper documentation (after asking for it three separate times), so instead I kept them and Ms. Trueheart and I worked on bending the rules to ensure they would get paid regardless. And then all of this was on top of a water main break in our front lobby and a broken A/C system.

The anger I felt for the majority of this week stems in large part from the fact that I faced the brunt of the frustration when I told students I still didn’t have their papers, when I didn’t know what to do with extra workers we weren’t supposed to have, when I said they might not get paid. Those people downtown at City Hall, encased in their pristine white building and marble floors, do not see the faces of the students they are screwing over. What if they had to tell one of the girls — who graduated high school at 16 and has been living on her own and putting herself through college — that they didn’t care enough to get it right and she would lose out because of that. What if they finally faced the anger amplified by every person in this city affected by their thoughtless incompetency.

This was easily the longest week of the program yet, and I am beyond eager to enjoy the next four days off and recuperate. But even still, there is a silver lining.

When I came in this morning yawning and quiet, the secretary, who on the first day joked around with me and patiently showed me how to scan documents and make copies, told me how proud she was of me after this week. And that has to be the most important highlight of this experience yet. 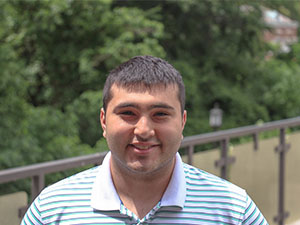 This week was the beginning of YouthWorks. Finally, the extravaganza that we had been preparing for had arrived. Monday was spent entirely calling employer after employer after employer to ensure that our students had showed up to work. Remember, if they don’t show up to work either of the first 2 days, they are fired. We had a very successful first day, as we only had 12 students not attend their jobs. We ensured that they showed up on Tuesday. On Monday, we also spent the day preparing our DAASI students and Non-YouthWorks students for work by having an orientation. We taught them about entering the workplace and what employers expect of them to ensure a successful summer.

On Tuesday Tena and I spent the day visiting all of the different DAASI employers and students at the Johns Hopkins Medical campus to see how the first day was going for all of the students in addition to dropping off timesheets, badges, and appreciation gifts. We went around to the six labs at the Medical campus, one lab at Bayview, and another at the Homewood campus. Generally, we found that employers were very impressed with our organization this year and were excited for the summer.

On Wednesday, we did the same but visited all of our students who had summer jobs who were not participating in YouthWorks. Overall, it was great visiting our students over these two days and seeing them in the workplace. For most of these students it is their first job, and they all seem to be having a great time learning all they can from their employers. Plus, Tena and I got to spend a lot of time at the Inner Harbor. One of the employers is the National Aquarium, and the volunteer coordinator gave us a private tour!
Thursday we were back in the office. I spent the entire day planning for our YouthWorks visits the following week. We have about sixty students participating in YouthWorks at twenty employers around the city. Once we planned our visits for Wednesday and Thursday we emailed the employers with what times we would be arriving.

Friday morning, we had a very early site visit at Hyatt Regency. We found that one of our students placed their was an absolute superstar. Every Friday, our DAASI and Non-YouthWorks students have Professional Development Day. We teach them different skills about applying to college as well as using this internship as a platform for their future careers. This week the workshop was at Wide Angle Youth Media. We again talked more about career services, preparing for college, and employers’ expectations of students in the workplace. Since Wide Angles’ students were in attendance, our Thread students felt as though they were intruding on the workshop. Unfortunately, the workshop did not seem particularly effective for the students, so Tena and I will have to make sure that we try to provide an engaging environment for our students in future weeks. In addition, it was Friday and the students were both hungry and tired after a long first week of work.