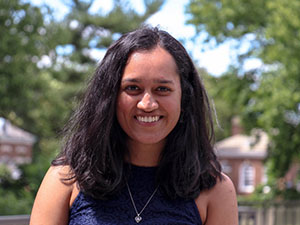 Another fantastic week at the clinic! This week I shadowed one of the doctors at the clinic, learned how to deal with medical records, and got some interesting insight about how the clinic is funded through grants and donations.

One side project I’ve been working on for our executive director is combing through the various grant applications for the new grant-writer we will be hiring soon. Before I started the process, I had no idea that the process of writing and applying for grants was so extensive. I also had no idea just how much the clinic relies on grants in order to function and afford various expenses that are essential to allowing for patient care. It really emphasizes just how much we rely on every bit of funding to help the mission of the clinic continue. I now understand just how important it is when we ask every patient leaving the clinic whether or not they’d like to make a donation.

The clinic offers completely free visits with doctors, therapists, diabetes counselors, gynecologists, nurses (where you can get all sorts of testing – TB, bloodwork levels, vitals), and so many more services for those who qualify. Shadowing has allowed me to really get a closer picture of the patient’s journey through the clinic, and I’ve come to realize what a blessing this clinic is for those who need it. The amount of personal care and attention each patient receives is almost unlike anything you would experience at a regular hospital/doctor’s office, and perhaps it’s because many of the people who work at the clinic are volunteers. Nearly all of the people mentioned above volunteer their time and energy to come into the clinic and make a difference. You know you’re receiving the highest quality of care when the doctor you’re seeing volunteered their time on Saturday morning to be at the clinic with no pay. When you genuinely care about helping others, it tends to show. 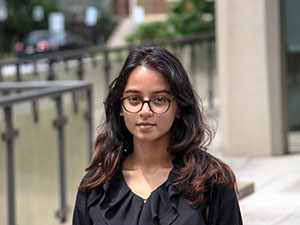 My supervisor was here only on Monday this week, so I have been working on events and assignments independently. We tabled for the first time at Pigtown Farmers Market, to do Naloxone trainings for residents of that neighborhood. We were there for 4 hours, and met a diversity of people: a college student, a mother of a marijuana user, and passers by enjoying the park and the market. It was especially heartening when a resident thanked us for being there because the neighborhood really needed Narcan trainings. A man who came by to talk to us told us he sees about 3 people overdose everyday. Ambulances were not uncommon in that area. Despite all the problems, it was very clear how much the residents cared about their neighborhood and the people in it. Many asked us when we would be back, because they wanted us to come back with their children to get them trained as well. Unfortunately, many people declined the training when they saw that the medication was administered using syringes and needles. Several people asked us for the nasal spray version instead. Unfortunately, that is significantly more expensive. We are, however, trying to raise enough funds to buy the nasal spray for those who are not allowed to have syringes, or are uncomfortable with them. We are already working toward this goal, and hopefully we will have enough support from the Baltimore community to achieve this goal. 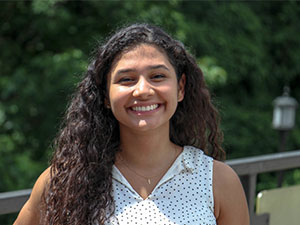 Oh yeah, work a 9 to 5 they said. It gives your mind a rest in the evenings, they said. Because once 5 hits, you can just switch off your brain, and leave work at work.

So is it just me or is this switch impossible to find? 4:30 comes, and I’m still thinking. 5,6,7,8,9 and my mind continues to reel. This week especially. I’m growing and learning. It’s ok if some pain accompanies these thoughts. It’s ok that I can’t switch it all off.
There were 4 situations this week that have taken center stage in the ongoing production of Eillen’s thoughts.

1. Venezuela: Violence, anguish, and loss
2. Cracking Down on Immigrants: A local case at The Boathouse
3. Self harm and Immigrant Youth
4. A 20-year-old Honduran woman who wants to get pregnant but can’t because of the hot mess of ailments she is suffering

Venezuela: Quiet day in the office, my supervisor and I are working together at the front desk. We listen to the recent news about our shared country of origin. The crisis continues. An attack on the Supreme Court by a Venezuelan civilian in a helicopter in attempt to destabilize the government. The helicopter was shot down. A failed attempt. It’s been speculated that this whole scenario was set up by the government itself to deter dissenters from acting out. Protesting students detained by armed military personnel. The fight continues. Uncertainty and fear grasp the hearts of the Venezuelan people, mine included.

The Boathouse: On June 23, 30 employees from the Boathouse, a popular restaurant in Canton, left after the immigration division of Homeland security delivered a letter requesting the I-9s of all workers. Of these 30, most were documented. Yet they still left. Why? Out of solidarity. Out of fear. Many of those employees are patients at the Esperanza Center. The day after this occurred, our first and third floor were bustling. Health services, where I work, was unusually quiet. My supervisor mentioned that the Boathouse incident may be a contributing factor. When people lose their jobs, fear for separation of their families, for the safety of their homes, they do not concern themselves with health.

Youth and Immigration: It’s complicated. Parents love their kids. And sometimes that means leaving them behind. To work, to secure a better life before bringing their kids over to the US. Kids don’t know that. They know their reality: abandoned by their parents at a young age, raised by family members or close friends, adapting to living without parents, making friends, going to school, solidifying their anchor. Only to be snatched from the very people that betrayed them as infants, parents claiming love, saying that now after 10 years that they are established in the US, that now they are wanted. Kids have no say. They are uprooted from the support network in their country, forced into a new school, a new language, a new social climate where they first encounter the feelings of being a minority–of being different. This is trauma. And we don’t have the means to support kids through this, at least not in Baltimore. I pulled a file the other day, read through it. A girl who needed to be treated for two things: an injured knee from playing soccer, and a consult following an incident of self harm. The knee was treated. The case of self-harm remains open. Untreated. Left behind. At least that’s familiar.

20 year old woman with 99 problems: She’s only 1 year older than me. She had a miscarriage 2 years ago. She wants to have a child. She wants to be a mom. Her body doesn’t let her. Her relationships won’t support her. Comes into the office with a blood glucose level of 590. The normal range is 60-100. She clutches at the insulin pen in her purse, knowing her levels are high. She’s been dealing with Type 1 Diabetes since she was 11 years old. The first words to come out of her mouth: “will I get excused from work for being here?”
Then: “I’m trying to get pregnant. But can’t. The doctors did something to me.”

She didn’t even come for her uncontrolled diabetes.
Or the fact that she has a urinary tract infection. Or that her ketone levels are dangerously high. Her blood glucose levels are the highest I’ve ever seen. She’s coming out of an abusive relationship with a man who threw empty glass bottles at her head and slashed her new boyfriend’s hand. But she’s not here for that.

Instead she fears that the possibility of bearing a child has left her.

Fear and uncertainty are common among all these stories. But trepidation need not win.

In Venezuela, in Baltimore, in the lives of immigrant youth, of our patients, what is needed is patience, perseverance.
And a little Esperanza can often go a long way. 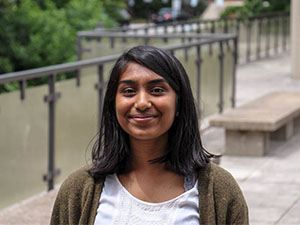 You would think rebranding is just a name change, two or three sign changes and in the end – a new better organization! Just a few weeks before I joined, Charm City Clinic decided to become Charm City Care Connection. As a health resource organization, one of the many reasons behind the rebranding was to de-emphasize the medical aspect of our group. We have doctors and medical students assist in health screenings but we do not provide medical assistance. The name change was integral to clarifying and solidifying this distinction. I was all on-board for the change and our new name made sense. I did not realize however that this was a massive undertaking. Let’s use an SAT word: behemoth.

The biggest part of my week consisted of digging up the rusty design skills from my past to design flyers, brochures, banners, stickers, tablecloths and more at the DMC. The task when initially presented seemed simple, but later on my first day I started to understand the big responsibility that lay on my shoulders. I was a part of the rebranding campaign that would reshape the way our group was presented to the community. The colors I used, the specific wording I set in place, even the spacing between lines mattered so much. However superficial the aesthetics are, presentation is really the first step we use to attract community members and begin our work. It was time-consuming but I decided to focus on the details, especially as I started to internalize the group’s updated mission statement and name. While I learned so much more about Adobe Illustrator by the end of the week, my biggest lesson was truly understanding the depth behind rebranding and its great significance within a non profit organization. 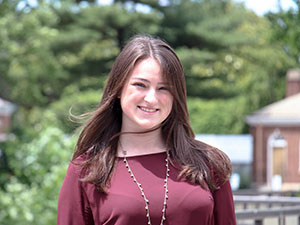 And this is when things get interesting. Now that Pride has truly been unpacked and the basic intern research tasks completed, I am able to dive deeper into LHRC’s work that happens on a regular basis, especially regarding individualized patient care.

This week I began answering the phones, helping patients who need their questions answered. Sometimes it’s a simple question pertaining to HIV testing and I am able to simply transfer them over to the POWER Project that specializes in that area, yet sometimes it is a child or a parent calling about trans care and does not know what to expect. Calls like these are relatively frequent, yet they encompass a lot of details, such as what to expect for the first visit, insurance coverage, and our informed consent model. Therefore, it is important that we focus on the patient on the line and make sure we clearly answer all of their questions before transferring them to make an appointment.

I have also had more interactions with patients who have come into the office, especially those looking for resources. Hearing the stories, it’s hard not to empathize with what they are going through or have gone through. It is not uncommon to meet patients who are experiencing homelessness or do not know where they are going to get their next meal. It’s these moments when I was glad that we can help people, whether it be enrolling them into our SAGECAP program or working with them to figure out the best course of action regarding their care.

However, there is a limit as to what we can do. There is a waitlist of about 13 people to see our behavioral health specialists in the LGBT Health Resource Center, while upstairs in Behavioral Health, they have a waitlist that currently exceeds 100. Those numbers are truly startling and prove that the demand is here. The challenge now lies figuring out the best way to help as many people as we can.