Last week I was somewhat lonely in the office since my supervisor left for vacation for two weeks. I was really excited that I was able to hold down the fort while she was gone but I was more excited to be joined by a new face for the second week of her absence.

This past week, Ms. Lottie’s replacement began working at the center. I was very interested in getting to know Farajii as several people at Strong City Baltimore talked about how cool he was and all of the incredible work he has done for the Baltimore community. This includes everything from owning and running his own nonprofit to hosting his own radio show through Morgan State. I figured this meant he knew exactly what he was getting into and would be able to take over the position seamlessly. I guess I didn’t think about the fact that he was beginning his transition two months before Ms. Lottie officially retires and that this probably means the job may not be as easy as Ms. Lottie makes it look.

If you remember my blog from last week, you’ll recall that I was concerned that I may not have been able to complete the task list left for me by Ms. Lottie. This week I pushed myself to get everything done that she had left for me and luckily I was able to do so. However, this did not come with ease. I was working to get everything left to me done, everything that interrupted taken care of, and now I was faced with having to fill the role of the most knowledegable figure in the center. I could play it off pretty easily when people came through the door asking for the usual things such as the calendar, what services we offered, and where chess would be held but it wasn’t so easy when Farajii started asking questions. I realized pretty quickly that I had learned how to do several things at the community center but I didn’t know a lot of the “why” behind those things. I had a lot of the same questions that Farajii did about why things were done a certain way but many questions were raised that I had never even thought about. It amazes me how much knowledge Ms. Lottie has about the community she serves and only so much of that information is easily transferable. Not even her supervisor knew the answers to the questions that arose.

I am excited for Ms. Lottie to come back so I can delve even deeper into my work in the community and learn alongside Farajii as he begins to serve this community while gaining insight into the vast knowledge Ms. Lottie possesses.

Mornings are hard sometimes. Today I missed the JHMI I normally take to work, which forced me to take the next one which was considerably packed. After pushing my way through bodies to get down on my stopped, I missed the light rail that would take me to work just in time and had to wait an additional 15 minutes before getting picked up. I got to work late and not in the best mood. Already complaining in my head about how hard my day had been already, I sat at my desk for a few minutes before one of my coworkers arrived, carrying a huge bag of Whole Foods, filled with muffins for the office to share. Then, in a shaky voice she told us how a man had been extremely mean to her when she accidentally accelerated on a red light and slightly dented his car. All of a sudden all of my other coworkers rushed to hug her, tell her how everything would be ok, and how much they cared for her. Once she was more calm, we all sat together and took a small work break to eat the muffins and just spend time together.
I’m not going to lie. I’ve felt a little like an outsider in my new workplace. Everyone is so close and they have their own jokes and I’m just the new girl, trying to adjust to adult life and trying to make the least mistakes possible with the tasks she’s assigned. However, seeing the unconditional support that they showed and their constant positive attitude made me feel like I was somehow part of something more. They’re not just coworkers or friends, but they truly care and support each other. Being in such a welcoming space made my day feel less bad and made me feel less lonely.

“Be the change in the world, but baby please do not change.”

This was said by a sister this passed Saturday at Northside Baptist Church’s garden launch to me and my new friend, Q as we told her about our aspirations for this summer and ultimately for our lives. It’s one of those things you simply have to write down the moment you hear it or else risk losing the moment itself. Speaking from experience, this sister told us being in a position of power can truly change a person. When we’re down at our level, it is so easy to recognize the injustice in the world and for us to have the fiery desire to do our part to fix it. However, too many times, do people lose their fire. While I think this varies from person to person, I think her point was: don’t forget why you’re doing this.

This week, YouTube has been my best friend. With Rev. Brown out of the country this week, I was left with a few responsibilities primarily to keep the BCFSN’s social presence up. In order to do this successfully, I turned to YouTube for everything.

On Saturday, I took photos for the garden launch and that came with its own challenges- I had never used a fancy camera like the Canon t5i before and with the pressure of documenting this moment for Northside and the network, I had to be on my game to give them my best. I spent hours the day before watching YouTube videos trying to understand all the photography jargon and then practicing; understanding when it might be necessary to change the exposure and understanding how the lens focuses at different distances.

On Monday, I utilized our Digital Media Center in order to edit and compile the videos I had been taking for the network’s map. For this, I used a program called Final Cut Pro X. However, I was again unfamiliar with the technology, so I turned to my trusted friend YouTube. Spending my time watching and learning how to use the software, doing mini fist pumps when I got a smooth transition between takes or cursing under my breath when the audio overlay wouldn’t take effect after several attempts.

On Wednesday and Thursday, I faced a different obstacle: I was to write an article about the launch earlier in the week and the purpose of the BCFSN. Me. Write an article. It was one thing to talk about it, but to write about it for a broad audience, I doubted my abilities. After hours (yes, hours) of research and typing paragraphs and backspacing everything, I had my first draft. I sent it to a coordinator for the BCFSN (EJ) and despite a few mistakes, EJ said “man, you’ve got a gift (for writing).” I sat there and I laughed because I struggled so hard with this. It further pushed my understanding of how much work has to go into excellent work. It’s one thing to work hard in school for a grade, but it is something else to do so for others.

I thought I was done with YouTube for the week. But I crawled right back to it on Friday when I had to create a database for the Network. Did a little research and concluded Microsoft Access was the way to go. Easy.

Long story short, Microsoft Access is not as “easy” to pick up as powerpoint. I am slowly getting the hang of it though.

While on the surface, it may not seem like much, I appreciated spending this week building some skills that I think will be useful at another time. It’s better to struggle now than later. 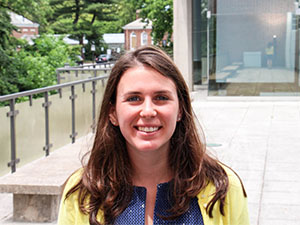 Going into week 3 I was energized and excited to keep working with the kids. We started to get more kids each day which was awesome even though keeping everyone’s name straight has become a bit more difficult. But with more kids I also felt myself stretching a little thinner than before and not being able to give everyone the attention they deserve. A huge highlight of my week was when my mom came on Wednesday and she had different activities planned for throughout the day. Even though it was incredible having her there and all the kids were hoping she would be coming soon, her visit made me realize how inexperienced I was with dealing with children and how much I have to learn throughout the Summer. Also, her visit made me feel even more so that the rec is like family. Squeaky and Mr. Carlos welcomed her right away and made sure I knew that if she came back again they wanted to be warned so they could plan something special for her. I was so happy I was able to share some of my family with the rec because they share so much of their lives with me. Another exciting part of the week was going to the pool. It was actually exhausting because I had 2 or 3 kids hanging on me at once and I was swimming the whole time, but I still loved being outside and seeing how happy most of the kids were to be in the water. A part of the week that I started to find straining was figuring out how to work with the other adults to discipline and help the kids because what I was doing wasn’t always matching what everyone else was doing, by the end of the week though I have started to get used to it. By the end of this week I was definitely tired but it was also one of the best weeks so far so even though I am tired I am ready to take the next week by a storm and hopefully do an even better job! 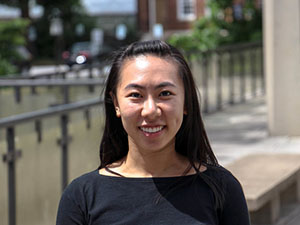 This week was full of incredible experiences. It started off similarly to the past two weeks I’ve had: researching more information for the Gilead House workshop and beginning to curate the mother-baby bonding and support group for the Intercultural Connection Center. I’ve been spending about one day every week at the Connection working with the clinical director on how to approach this new project. The main event that I took part of at the Connection that day was a women’s group. The women, all of whom were from different countries and backgrounds, would meet weekly as a group with the clinical director for an hour and a half to discuss various topics. This week, I was able to sit in and participate with the women’s group, mainly to receive advice on what to include, aspects to consider, and generally how I should be designing the mother-baby group. Not only did these women give me helpful advice, but it felt incredible being around them and listening to their stories. They are such strong and inspiring women. Most of them recently came to the U.S. with such little support since they are the only ones from their families who came, they know very little English, and now they have a baby to take care of. There is also a very different culture here for raising a child, yet despite all of these obstacles these women remain strong and hopeful. I am so grateful to have had that experience of being around such inspiring and resilient women.