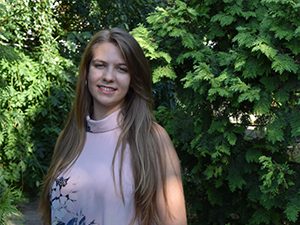 Every day, usually in the mornings from 11 to 12, my kids will settle down, sit according to age group, and complete a worksheet. For the first week, each of them except the very littlest, worked on math; the kindergartener and the first grader practiced handwriting as well. The youngest is five; the oldest, thirteen. And when all of them start calling out for help, and attention, and start getting out of their seats, I’m beginning to see the tiniest sliver of what teachers must experience.

Of course, I’m lucky that so far I’ve only had eleven or twelve students, as opposed to a room of twenty or thirty. And lucky too that even as they become restless at times, they’ve been largely cooperative, sometimes even willing to do the work and always proud when they show me that they’ve completed it.

The challenge here, as always, is how to keep them engaged, not only in their work, but also in the activities we do together. I think what has surprised me most-and what I’ve forgotten from my own experience-is the willingness that kids do have to do something when they’re interested in it.

I had done some origami, made some paper boats and fortune tellers, with one boy of eleven and a girl of twelve, during free time one day. The next day I planned to do one project with the whole group; but even before I had mentioned it, the same girl asked me, adamantly, “Are we doing origami today?” I said yes, of course, pleased that she had a real interest in it, and even more pleased the next day when she asked me the same question.

And I think too of the quiet fascination of the some of the younger ones, how they would be drawn by whatever project I was preparing for tomorrow, or doing with some of the kids during their free time, and especially how ready they were to get involved, completely of their own volition.

Sometimes this kind of interest in our activities has taken a different route. It begins with resistance. Many of the students tell me, “I don’t want to read!” when it comes to their turn in our daily reading group. Another boy, of twelve, seemed particularly resistant to it. But he sat down in his chair and waited his turn; and even before his turn came, he got up and came over to me, asked “Can I read now? Now I really want to read!”

There is a natural curiosity that children have, and, likely for many, a natural inclination to become invested in an activity when they are given a chance to contribute something to it, or to create something that comes from them. Part of having successful days at camp will be learning how to tap into that, how to let it arise unforced by the prompting of some activity or game.

I think back to the best teachers I had. They made me interested in what they did because they loved it; their investment, engagement, and enthusiasm tugged at mine, and made me take seriously what we did because here was someone who already thought it was worthwhile. Looking forward now, to the next five weeks of camp, I’m thinking about how to do that in my own case. Especially to avoid falseness. I’ve drawn up a list of activities that I know I would as a child, and still do, find interesting. In that sense one base is covered. Perhaps part of what I need to work on now is letting my guard down a little more-not being afraid to let my own genuine enthusiasm come up and color the way I approach the things we, I and the campers, do together. 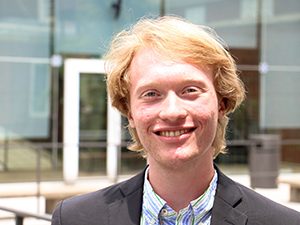 On Monday afternoon, I spent time making phone calls and prepping stacks of literature. I was sitting in the back of a rowhouse in Remington, leaving message after message and chatting with the two other volunteers in the room. One of the people was an older man named Neil. As we counted flyers to distribute to volunteers the next day, we talked about our experiences in local politics and activism. I told him about my work in healthcare and housing, and he told stories from his decades as an organizer.

One story he told was about the effort to reinstate rent control in the 1980s and 90s. In my petitioning experience, I’d heard stories from many people about the trauma of losing apartments and sliding into increasing poverty after rent control ended in the 1970s. I did not know, however, that there had been an effort to bring rent control back.

Neil told me that he and other campaigners used to drive around with a car and a loudspeaker, talking about rent control to their neighborhoods. They would stop at a park or an intersection, and a crowd would gather almost immediately. People all over Baltimore wanted to bring back rent control, and they came out in droves to support it. Eventually, the ballot initiative passed overwhelmingly in Baltimore City. I noted that there still was no rent control in Baltimore–what had happened? Neil said that court challenges had caused the bill to be struck down within a couple of years, and the law never made it on the books.

Neil’s story provoked a couple of thoughts. First, he reminded me of how long organizers in Baltimore have been working to create affordable housing, decades before I arrived here. There is a long legacy of community-driven, democratic attempts to fix the housing crisis in Baltimore–and the institutions in the city have failed Baltimoreans many times. Second, I’ve been thinking a lot lately about the history of organizing and activism in Baltimore. There must be countless stories like Neil’s, stories of citizens trying–sometimes successfully–to protect and improve their communities in a system that routinely works against them. I love hearing these stories and learning from elders in my community who have been around the same block I’m walking many times. 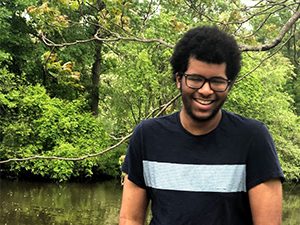 YouthWorkers are a strange beast.

On one hand, the oldest youthworker is eighteen years old, a recent graduate of Mervo, considering both BCCC and the Coast Guard, making him only about 10 months younger than I am. On the other hand, for a large portion of the day, I am the one running their programming and supervising them, and my supervisor even introduced me to them as *Mister* Bentley.

The Youth Workers’ main activity this summer is planning a community event to tackle an issue they see in their neighborhood. Over the past week, we’ve brainstormed and workshopped our way to a rally against violence. I have to walk a really thin tightrope in these discussions. I have to know two things. First, even though I may have shared the Baltimore Ceasefire post about Baltimore going nine days without a murder or I may be able to parrot statistics at you, I have no clue about the ways violence affects Baltimore communities, at least nowhere near the way these students do.

However, I do have some experience and knowledge that the students don’t in things like event planning, organizing, and outreach. So the limbo I’m put in is trying to find ways to help them with planning the event- “I think it might be better to promote it by going here, here, and here”- without stepping on their toes- “I think the speakers should be x, y, and z.” It’s a delicate balance, and I have the feeling that I’m never going to quite get the hang of it.

I would say that all the people that I have met who are involved with community organizing are inspiring to me. I’ve learned that the work these people do can be so emotionally draining and just straight up tiring. For example, one person who I’ve worked closely with is applying for a grant to fund a new program he is creating for Baltimore youth. He’s collecting signatures from Baltimore residents and is about halfway towards his goal of 500 signatures. In this process though, I’ve seen how relentless he is in pursuit of meeting new people in the community and trying to build a connection with them through the work that he’s doing. I’ve thought to myself and wondered if I could do the same— being so open and persistent, while keeping that same energy and passion to be able to do it every day. And to add on to that, the pay is not anything crazy either, at least from my understanding. It just goes to show that the people who are involved with grassroots programming and community organizing are sort of a different breed, compared to the average working person— it’s all about the love for what they’re doing.

Reflecting back on my week, it was pretty uneventful for the most part, except for Thursday. I followed my supervisor to 3 consecutive meetings, where in each he had to deal with all different types of people. For me personally, it’s sometimes a challenge to stay attentive and engaged for one 50 minute lecture. So even though I had some genuine interest in what was being talked about, it was definitely not easy for me to stay alert for 4 hours straight. On the other hand, my supervisor was doing just fine. I guess it’s something that I need to work on. 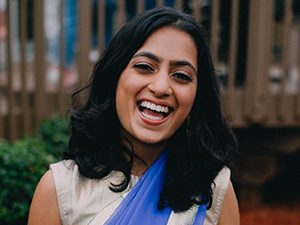 Maybe, I should write a sequel to my last blog post. A “What I learned”, if you will. What have I learned?

I’ve learned that one can learn more from interpersonal experiences than from internet research or books. Even if this knowledge is obtained in bits and pieces. Fragments. As the neighborhood centenarian signs your petition.

I’ve completed over 10 hours of petitioning this week, which means I’ve gleaned more than 10 hours of oral history. By “history”, I’m not talking about feelingless facts. The sanitized descriptions on Wikipedia pages.

I’m describing the feelings residents have for their neighborhoods: their wishfulness for the past, frustration for the present, and uncertainty for the future. Sometimes, feelings are more important than numbers. They can carry more weight than real estate values or percentages of vacant houses.

Connecting with others on this intimate, emotional level is important in organizing spaces. Especially if one is socioeconomically disconnected from the issues. Empathy is important.

Having an emotional stake is important, even if it’s not tangible. I need to feel as others are feeling, to (figuratively) live in the same room as them. Otherwise, how can I authentically engage with the issues? How can I convince others to sign my petition? A petitioner’s “rap” is not a script; it’s real life. You’re talking to real people. They can see right past your bullshit.

In the next few weeks, I would like to continue to feel as others are feeling. Become more emotionally invested in these issues.