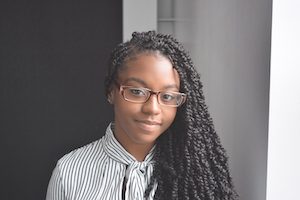 This was not at all what I was expecting – but in a good way! On Monday morning, I woke up feeling quite anxious about my first day of CIIP and did some deep breathing exercises to ground myself. By the time I finished getting cute or whatever, I realized I was cutting it pretty close if I was going to make it on time, prompting my frantic rush to FastForward U. I made it on time but before I could even make it to my seat to gather my thoughts and mentally re-prepare myself for the long day ahead of me, I was stopped by the warm and welcoming faces greeting me.

Some people were new to me, while others were old, and at that very moment all of the pressure I put on myself to show up as polished as can be went away, as all I felt like I actually needed to be was myself. This set the tone for the rest of the week spent surrounded by such amazing people. At times, the content we discussed was pretty heavy emotionally and hard to talk about, especially considering the fact that we were opening up to people we barely knew – yet in a way, that’s what made it so special. If you were on the outside looking in you wouldn’t have even been able to tell that we just met each other.

Exploring areas of Baltimore that I otherwise would not have been introduced to outside of this program was definitely a personal highlight of our orientation experience. While walking down the street, my group was approached by two ladies who wanted to know what we were doing because we didn’t look like we were from the area. After my group told them we were from Hopkins I was asked if I too attend Hopkins, and although it made me feel uncomfortable in the moment, it made me reflect on the fact that when Baltimoreans think of Hopkins, people who look like me or programs like CIIP that intend to serve the community for the community are not what comes to mind. I hope to use experiences like this as fuel to keep going when the going gets tough so that I may contribute to changing this narrative. Ultimately, I’m excited for what awaits me! 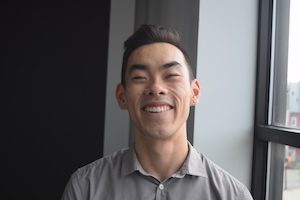 Somehow, five days into the CIIP program and before even beginning the actual internship, I’ve already learned so much more than I’ve expected to learn this summer. I’m embarrassed to say that throughout most of my time here in Baltimore, I’ve been stuck in the almost cliche “Hopkins Bubble.” The extent of my knowledge of what Baltimore was—or rather, who Baltimore was—consisted of a few outings to Mount Vernon, Hampden, and volunteering downtown once in a while. Though it’ll take more than just a five-day orientation to truly transcend the bubble, I’m grateful to have been able to visit even just a few places outside it on Wednesday. But beyond the history lessons on Pennsylvania Ave. and my first Berger cookie, which made the most impact for me was ironically discomfort. Whether it be understanding a little bit more about privilege, the damaging actions of the university on the Baltimore community, the relationship between residents and students, or so much more, I found myself reflecting on ideas that are barely ever discussed among my circles here at Hopkins. Though this was a source of guilt at first, I came to the conclusion that it is my responsibility to continue to seek out this discomfort and to continue to reflect on how to not only be a responsible intern, but also a responsible part of the community. I’m excited to see where my internship takes me—the people I’ll meet, the stories I’ll hear, and the realities I’ll begin to understand. I’ve been lucky this week to have gotten to know a cohort of people who I admire dearly and become acquainted with a Baltimore that was unknown to me. I’ll admit, I’m a little bit nervous that I’ll be working full-time for the first time, but at the same time I know the benefits will outweigh the setbacks by a great deal. 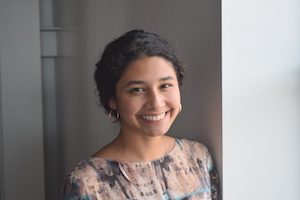 During orientation there was a central theme that kept emerging for me: step back to listen and step forward to amplify voices of the community. From Day 1, this idea hooked itself into me. In the first panel, Keith Gavazzi from Fusion stated, “We put ourselves behind our folks..and put the community in the driver’s seat all the time…We don’t dictate, we amplify.” Dina Emam from the Annie E Casey Foundation spoke about how their new program, LEAP, has community members on their operations team. She mentioned that non-profit work should not just be the “top down giving of resources,” emphasizing the idea that people in communities are the experts in their experiences. Kaetlyn Bernal from Baltimore Corps urged us to “stand up” and make sure the people we are serving are at the center of our work. In the Wide Angle Youth Media presentation, Tia Price drove a similar message home: that it is hard to listen when you’re in the process of taking action. We were asked to think about how students can own their stories. Jon Smeton from YouthWorks underlined the importance of getting to know people: “You can find out much more by asking people than by conducting a cross comparative double-blind impact study on them.” On the final day, Regina Boyce encouraged us to take time to learn about people and the community, or we will fail every time in our work. We learned from Rev Dr. Heber Brown that without relationships we have nothing and reminded by Naadiya to listen before we speak.

This has challenged me to critically think about the way I will be approaching my internship at the Esperanza Center this summer. I am challenging myself not to expect any specific outcomes from my work, and instead reframe my goals this summer to listen more to the population we serve. Maybe that does mean helping Esperanza with their new survey project. But maybe that also means informal conversations with staff and community members and learning about what ideas the community has. Maybe this means reflecting on how we empower the community. How are the stories of our patients and clients being told at the Esperanza Center? Are they even being told outside the context of grant applications? In what ways do we uplift and include the voices of the community in the work that we do? Having served at Esperanza Center for the past couple of years, I thought I could come into this internship knowing exactly what to do to improve our services. I am humbled to come to the realization again and again that I always have more to learn and that my position is primarily to listen to those who are the experts in their experiences. 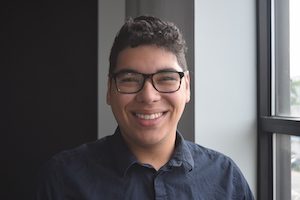 This week’s orientation was extremely eye-opening. I was able to get a better understanding of many culture and race driven problems in Baltimore and the role of non-profits and other organizations in decreasing the disparities between races in Baltimore. Throughout the week, I struggled the most with self-reflecting on what I can do, and what I already have done, to be a part of the community in Baltimore. I had to recognize the privileges that I have and how I could use these privileges to amplify the voices of people who don’t get heard. I used to stay away from talking about “sticky topics’ like racial discrimination and systematic oppression, but I’ve begun to see that being blind to these topics doesn’t help anyone, and instead puts down the people who need to be heard.

I extremely enjoyed how vulnerable I was able to be with the rest of the cohort. We all made many contributions to the discussions and showed parts of us that we would otherwise hide. I’ve made some extremely valuable friends that I hope to stay in touch with throughout the internship and for the upcoming school year. 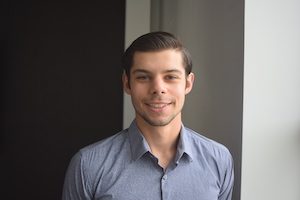 During the theater workshop we had to orient ourselves into groups sharing some unifying characteristic. It seemed that people were likely to organize themselves based on whatever aspect of their identity spoke the loudest, be it ethnic (like hair type: nappy, curly, straight) or personal choices (like the haircut you choose to have). When discussing after it was said several times that people fell back into groups based on racial characteristics either because it was easy or because it seemed like what people around them were doing. Looking back, I always arranged myself based on my choices or environment, for example, grouping myself with other people who I thought were tan vs with other people who are white. This led me to think about how I perceive my own cultural identity. I immediately realized that I almost never think of myself as white or heterosexual because I never have to. I never have to defend my own cultural/sexual identity and it rarely comes into question. Upon thinking more deeply I realized how strange and dangerous this is. Majority groups are generally the ones who dictate much of what’s acceptable in society. This should put them under greater scrutiny, but it actually allows them to avoid it. As majority members of any group, it’s our responsibility to think deeply about our actions and how our implicit identity and biases are influencing them. If not we leave the door open for oppression and perpetuating inequality. This workshop gave me a rare glimpse into myself and how my identity influences how I act and think. I now feel that I can be more cognizant of my own privilege and how majority groups influence our collective culture. 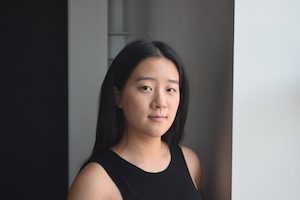 Orientation challenged me in a variety of ways to consider the impact of my summer internship. For one thing, Reverend Heber Brown’s presentation challenged me to think about community activism given our position of privilege. He encouraged us to consider how our work is actually moving towards justice and use our power to help those historically marginalized. This will require me to constantly, actively reflect on my work.

My nonprofit, St. Ambrose Housing Aid Center, provides housing counseling and other services to low- and moderate-income homeowners and renters. One of Rev. Brown’s questions asked, “In what ways does your internship interact with the White L and Black Butterfly?” I previously knew that the White L and Black Butterfly describe distinct areas in Baltimore separated by race and socioeconomic disparities. However, his words made me realize that St. Ambrose’s work is part of something much larger. It is helping to chip away at the barriers that blacks in Baltimore have historically faced in finding housing. I am even more excited to learn from the people at St. Ambrose now!

I know that many people have come into Baltimore claiming that they can fix the city’s problems, but ultimately fail because their solutions maintain the existing power structure. I hope that I can instead “bend privileges to justice”, as Rev. Brown put it.

A presentation by Naadiya Hutchinson, a CIIP alum, also gave me a lot to think about. She talked about Johns Hopkins University’s complicated relationship with Baltimore. I am really glad that she talked honestly about this topic, so I know what people may assume about me as a Hopkins student. Another thing she emphasized was the power in maintaining connections. Too many groups (including those from Hopkins) try to implement solutions for a while and then disappear. It fosters distrust. Actually meaningful relationships come about when people are willing to stay. While I can see myself staying in Baltimore after my undergraduate studies, I am not sure what my future might look like. But it’s another idea to contemplate as I start my internship tomorrow.