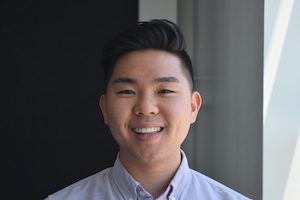 Looking back to how I was feeling just two weeks, I feel that I have already grown in my ability to work independently and conduct the necessary steps to completing my projects for the summer. Just two weeks ago, I was feeling overwhelmed with the work I had to complete and the expectations that both my supervisors and I set for myself. Yet, now I feel that I have a much stronger direction and a deeper understanding of how I can work on a project that is meaningful for the Parent and Community Advisory Board (PCAB). This past Thursday, I was able to sit in on their last board meeting, followed by the final meeting with the CEO of BCPS, Dr. Santelises. We elected a new board president, who turned out to be Shantay Guy, my supervisor the previous summer at the Baltimore Community Mediation Center. I am thrilled to be working again directly with Shantay who, through her undying passion for the city of Baltimore, has continually motivated me and taught me so much about the city and its people. Sitting in on that meeting, with so many ardent advocates for the city including Shantay and Dr. Santelises, was a powerful experience that affirmed to me that the work I am doing is necessary and impactful.

One of the topics that was mentioned again at this meeting, as with previous board meetings I’ve attended, was the issue of funding that Baltimore City gives towards education. Of all counties in Maryland, Baltimore City gives by far the lowest percentage of its budget to education – a staggering 13% compared to the average 50% given from other areas like Baltimore County and Allegany, for example. Dr. Santelises emphasized that percentages, not just aggregate numbers, divulge where the city’s priorities are and are not. She said that we are responsible for that 13% contribution—that that is our decision as a local government and community. We need to continually put pressure on the city to have a strategy around kids. This is where I believe the work of PCAB and other organizations like it are crucial to this mission. As the liaison between the district and its parents/community members, we must be held accountable to the work of conveying the voice of the parents to those in higher positions as part of the central strategy of putting kids and their needs at the forefront. Where the budget stands today is unacceptable and it is evident in our schools. Moving forward, PCAB can truly be an agent of change and I am glad to have a small part in that process. 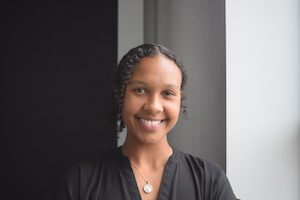 This was the final week of semi-calm before the storm that is the first day of YouthWorks next Monday. There was an unusually large amount of “intern tasks” as my supervisor and I jokingly call the random jobs he has me do around the office when it gets really busy. From handling a/v from the balcony of a church (or school, still not really sure) auditorium, to rushing around downtown to complete a background check, this week flew by compared to the first two weeks. Many exciting events took place throughout the week that has my anticipation for the YouthWorkers to arrive at an all-time high.

I started off my week in a one-on-one meeting with the lovely Michelle Miles. She knows quite literally everything there is to know about YouthWorks, and she helped fill in a lot of the gaps in my knowledge about the program and what YouthWorks is doing so far for youth who need accommodations. I then got to go downtown and train two YouthWorkers on financial education (which is funny to me because I could use some myself). Unsurprisingly, they were so smart and caught on way faster than I did when my supervisor explained it to me. On Tuesday I ran errands all over the city in order to be cleared as a volunteer for the City of Baltimore and the Mayor’s Office of Employment Development. I made the mistake of using my car instead of public transit, and spent approximately an hour of my day looking for parking and sitting at traffic lights.

Halfway through the week I finally got to see the classroom that I will be using with my YouthWorkers for the summer and got to set up their workstations and practice some of my orientation presentations. My supervisor even told me I could decorate the place if I wanted to. I feel as though I will quickly be much too busy for this to be a reality, but I appreciate that even in a government office they are allowing me to make the space my own. This week by far has been the week with the most person-interaction as well as the most movement from day-to-day. It has gotten me well-prepared for the chaos that is to come on Monday, and I am pretty excited for it! 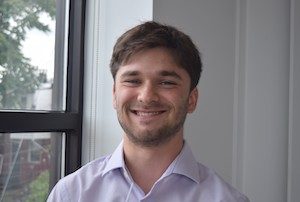 This week was a little more exciting than usual, both in and out of work. Within work, I was outside of the office much more than usual, helping out at Regional transit plan pop-up events in the inner harbor and all the way out in Essex. Outside of work, the 2020 presidential race was beginning to take place in earnest, roaring into the national conscious with two straight days of debates of presidential hopefuls ranging from Joe Biden to Jay Inslee to the beguiling Marianne Williamson. The reason I’m bringing this up is that after my usual weekly climate-change induced existential crisis, I found myself skipping most of the workday on Tuesday to join a hundred other activists in DC at the DNC headquarters demanding they host a climate debate. Although I had to leave the protest to make it to my CIIP site visit, the juxtaposition of going to protest in DC in the morning and then literally changing uniforms to go to work in the afternoon made me think of how complex the fight against climate change needs to be.

You might still be wondering what I’m getting at here. Throughout my work at the MTA, I’ve sometimes thought about how mundane the things I’m doing are. My main duties are building a database to connect with transit users on projects. While I’m doing this, our planet is marching towards disaster, with governments across the world continuing to do nothing. But the hard work of state government that I’m doing in public transit (which, by the way, is crucial to reducing emissions and mitigating climate change) has helped teach me how important even the most mundane actions are. Without public input into transit projects, said projects will never be able to gain real community support and become as effective as they can be. Without public support and meeting community needs, transit projects will fail, and without successful transit projects, personal vehicle emissions will keep on destroying our planet and help lead to widespread human rights disasters in the best case scenario, and civilizational collapse in the worst. What I wish I was saying more eloquently is that the contrast between the things I did this week, from the protests in DC to reaching out to community members on what they want to see in transit, taught me just how important it is for people in all sorts of societal roles to play their part in solving global ills. 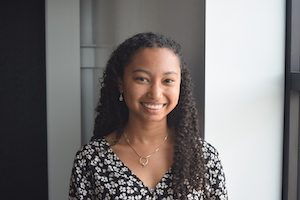 While my supervisor Ava is in Germany for two weeks, I’ve been meeting with other staff members in the Office of Sustainability. We talk about what they do, how they came to work for the office, and how my internship is going so far. This week, I met with Abby, an environmental planner; Lisa, the Director of the Office of Sustainability, Alice and Sarah, who work on the Baltimore Food Policy Initiative, and Viktor, Floodplain Manager.

Although a lot of these positions don’t have anything to do with food waste prevention, which is what I’ve been working on, I’ve enjoyed learning about how different people and programs come together to make Baltimore more sustainable. The work involves forming a lot of partnerships with community organizations and university programs, such as the Center for a Livable Future at Hopkins. It also involves dealing with higher-ups in City government (i.e. the Mayor) and keeping an eye on state and federal policies.

The Baltimore Food Policy Initiative focuses on reducing food insecurity in the City. This could include providing tax credits for grocery stores opening in healthy food priority areas, or changing signs and menus in corner stores and carry-outs to promote healthier choices. I learned how much hard work goes into creating policies, and then getting those policies passed by the City Council – and even then, not knowing whether those policies will be effective. Reducing food insecurity is complicated, and there’s only so much even a government office can do.

I never thought much about floodplains before I started working at the Office, even though they affect a significant number of homes and buildings in Baltimore. Viktor works closely with FEMA to make sure buildings within the floodplain meet federal insurance standards, and to ensure they are well protected against potential flood events. In Baltimore, this is especially hard because so many buildings are rowhomes, which can’t be raised or renovated as easily as detached homes.

Working at the Office of Sustainability isn’t always easy or straightforward, but the staff there seems to really excel at what they do and to genuinely care about the 600,000-odd people they serve.