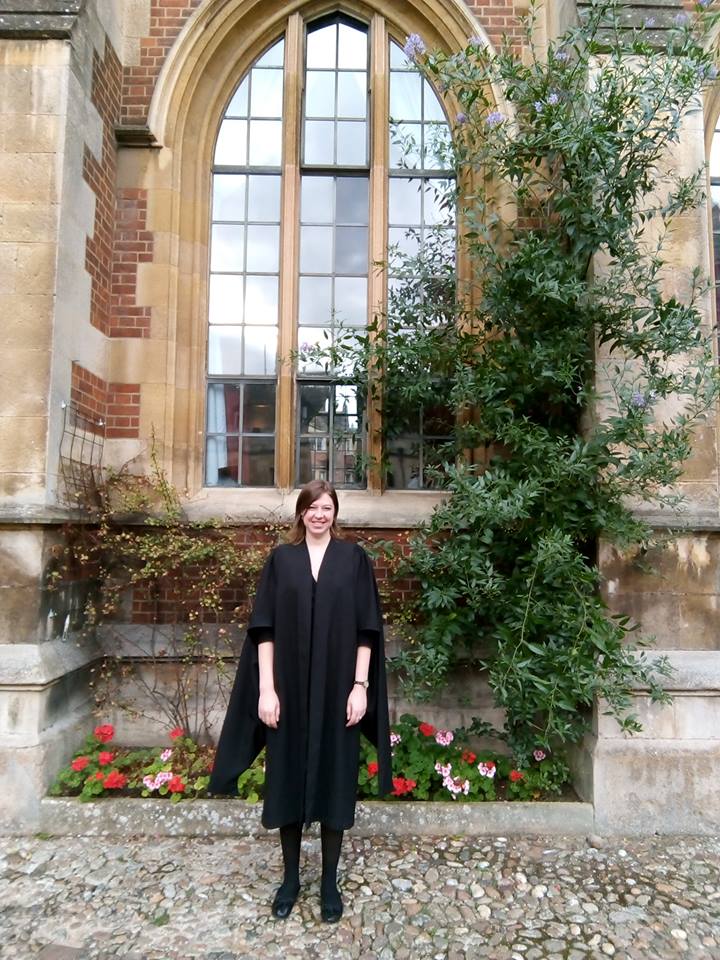 I decided to apply for the Gates Cambridge Scholarship because I wanted to write a PhD dissertation about how Welsh medieval literature and mythology shaped Ted Hughes’s poetry.

I matriculated at Pembroke College, which was Ted Hughes’s college when he studied at Cambridge in the 1950’s. During the week, I write in the library where Hughes studied as an undergraduate, and, having traced his borrowing records, when I need to consult certain books I know that I’m using the same books he used, which adds an extraordinary sense of immediacy and aliveness to my work.

I’ve also travelled to the National Library of Wales in Aberystwyth to interview one of Hughes’s closest friends from Cambridge—Daniel Huws, now the leading expert on Welsh manuscripts, about his Cambridge friendship with Hughes and about their shared interest in Welsh mythology. While there, I took a bus down winding Welsh roads, through the beginnings of what turned out to be the biggest blizzard Wales had seen in years, to the ruins of the monastery where Daniel Huws has determined that The Mabinogion, one of the Welsh texts I write about, was transcribed in the fourteenth century.

This year, for term break, I took the train to the Calder Valley in Yorkshire where Hughes spent his early childhood. For three days, I wandered through the windswept, steep landscapes that inspired so much of Hughes’s adult poetry.

I am interested in writing about how literature can forge and clarify our relationship to the natural world. Both Ted Hughes’s work and early Welsh literature are deeply rooted in place. Studying them while being immersed in the places out of which they grew has enriched my research immensely.