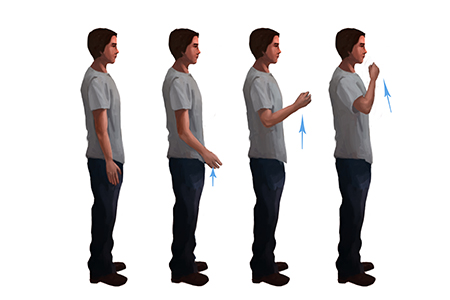 Faced with the realization that stroke victims have very few resources at their disposal to aid in at-home recovery, students designed and developed a highly interactive software to make recovery affordable as well as highly effective. Smart phones are prevalent in both the developed and developing world, and they are equipped with various smart sensors such as accelerometers and gyroscope, making them low-cost, accessible, and easy-to-use tools for user movement tracking during physical rehabilitation. The team used Android development APIs to gain access to the sensor outputs in an Android-based smart phone. They also used Microsoft Kinect sensors and built a motion-controlled video game prototype using the Unity game engine.