Virtual reality today is missing a core element of the reality that it emulates: touch. To fill that gap, Nikhil Baddam and Owen Friesen are constructing a haptic glove for Virtual Reality Environments composed of selectively rigid strips which mobilize and immobilize specific joints in the hand to simulate touch and grip in the virtual space. This will make full immersion in the digital world finally possible.

Some of the specialized materials that the DMC have been able to provide for Nikhil and Owen are: gallium, ionic fluids, tubes made out of a teflon-kevlar blend, and cuben-fiber material. Additionally, they use the DMC’s 3D printers to print out hand models and parts to model their prototypes as needed.

Based on the initial Project Grip prototype, Owen and Nikhil received a Spark Grant from FastFoward U and most recently an O’Connor Undergraduate Entrepreneurship award for continued development.

Nikhil and Owen are sophomores in the Whiting School of Engineering. 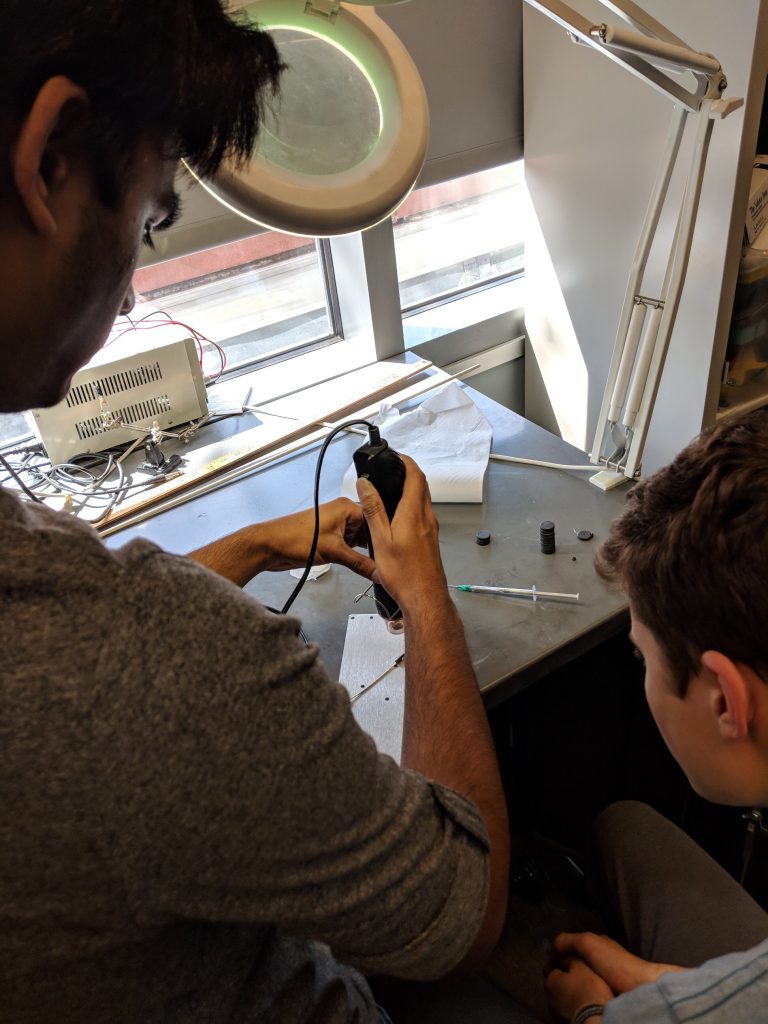